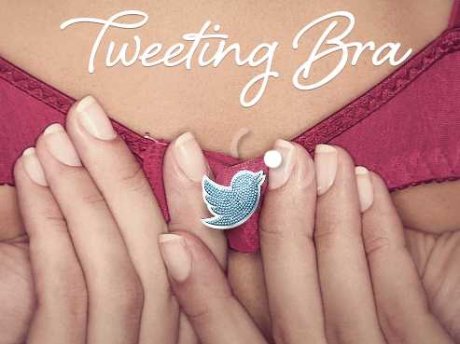 It was only a matter of time before our undergarments joined the world of social networking! That’s what OgilvyOne Athens was thinking when they designed a special high-tech bra that tweets each time it is unclasped! 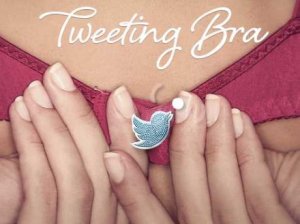 No… it’s not to boost your male followers on twitter, but it was all part of an initiative started last month in honor of Breast Cancer Awareness Month.

Here’s how it works:

A special mechanism is hidden under the hook of our tweeting bra. Every time our bra is unhooked, it sends a signal to a cell phone, the cell phone notifies a server, and the server generates the tweet… as simple as that!

How does it make a difference?

The tweeting bra is connected to a website that also give you tips on self-examination and how to keep your breast health in check.

Here’s a tad more of an explanation. It was a Greek campaign, but there are subtitles:

The tweeting bra! Why not…