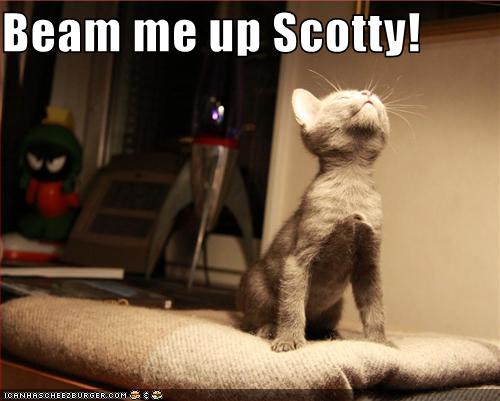 Going boldly where no scientists have gone before, a team of researchers from Australia claim to have developed a working model of a tractor beam like the one in Star Trek!!
So far, the tractor beam is able to move only tiny glass particles about 1.5 meters. The research team, however, is expecting to stretch that to 10 meters soon enough! The sky is the limit after that, I guess!!
How does it all work? A hollow laser beam is directed at a particle. The laser heats up the area around the particle, leaving it cool… that causes the particle to drift inside the hallow beam. As more heat is forced under and around the particle, it’s forced up the hallow laser tube! For speed and direction, only a shift in the intensity of the beam’s brightness is needed.

Don’t get too excited! Unlike the Star Trek tractor beam, this one won’t facilitate your travel plans… it will, however, be useful in the transport of dangerous substances and microbes, as well as sample taking and biomedical research — so still pretty cool!
Kim 😉