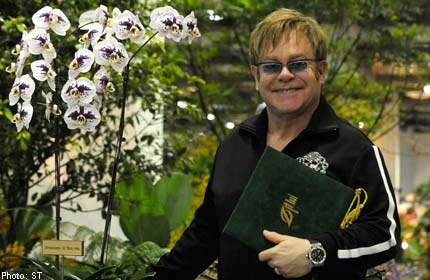 Sir Elton John now joins the league of people like late Princess Diana, actor Jackie Chan and South African icon Nelson Mandela, who all have orchids named after them. 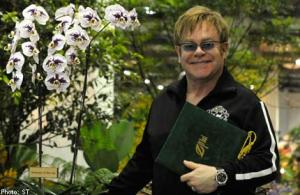 In case you didn’t know, Elton John is an avid flower lover and was quite humbled to receive the honour at the 20th edition of World Orchid Conference. The orchid with large white petals and a golden forked lip is named Doritaenopsis Sir Elton John.

“We’ve had orchids in our home all the time, so it’ll be great to grow our own, so we’re going to do that. I have had a lupine named after me and even a rose but never an orchid and this is a great honour as I am an avid lover of gardens,” said Elton John.

What kind of flower would you want named after you!?