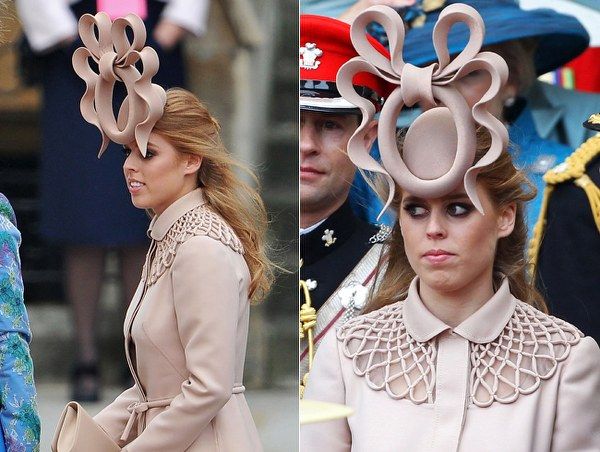 Wonderful or wacky, whatever you think, the flamboyant hat worn by Princess Beatrice at the Royal wedding had many tongues wagging! Some compared the creation to a toilet seat and a giant pretzel, and it has inspired its own Facebook page, “Princess Beatrice’s ridiculous royal wedding hat”, which has a following of 137,000 people. 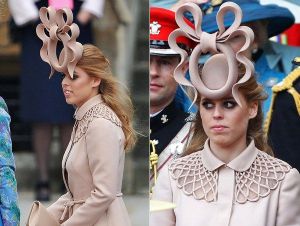 It could be yours! Princess Beatrice has put the Philip Treacy creation she wore on eBay!

Proceeds of the sale will be split between charities: the United Nations Children’s Fund, UNICEF, and British charity Children in Crisis. In her words: “When my hat started getting so much publicity I really wanted to put it to the best possible use and try and raise some money for the children they help”.

Treacy, a world-famous London milliner, said he was “surprised by the overwhelming response to the hat” but welcomed the princess’s decision to use this to help out a good cause. “I hope that people all over the world will be generous and that this hat will benefit many. A hat is a symbol of positivity.”

The hat is described on the site as “a unique sculptural celebratory headpiece” made of tea rose silk, adding: “This is a gravity defying hat!”. No kidding!