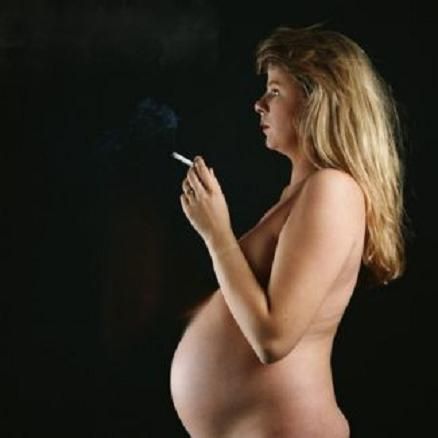 Apparently, pregnant women who smoke give birth to criminals!

Scientist have found that smoking during pregnancy can cause harm to the child’s developing brain — impairing the transmission of chemical signals important for attention and impulse control — putting them at greater risk of having a long-term criminal record. The finding showed that kids whose mothers smoked 20 cigarettes a day were more likely to become repeat offenders when they grew up.
The researchers actually looked at factors such as mental illnesses and deprivation (which are known to put children on the path to criminal careers), but even after these had been taken into account, the offspring of heavy smokers were still 1/3 more likely to have ever been arrested as adults!
Crazy!
I hope this makes moms-to-be think twice before smoking while pregnant!
Kim 😉