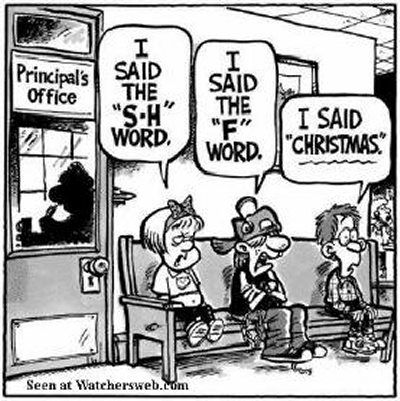 In the wake of backlash that Jennifer Aniston is receiving for having said “retard” in an interview on Regis and Kelly (watch the full interview HERE) — I found an article bringing us which words people find the most offensive.

Some words are so bad that if you’re in the public limelight and you get caught saying any one of them, you’ll probably lose your job.

Just ask Isaiah Washington (calling his co-star, T.R. Knight, a “faggot”) or Mel Gibson (he really knows!!) some words are worse than others. The Harris Poll set out to determine which words are most offensive, hateful and abhorrent.

The Question asked: “How offensive do you find each term below if it were publicly used by people in the media or in politics (such as radio personalities, movie/TV stars or politicians) and was directed at a person or a group of people?”

N-word: 85 percent found it offensive, 53 percent very offensive, 8 percent not at all offensive

The U.S. adult public has somewhat mixed feelings about what should be done to prevent the use of such language. Some 27 percent of people think the government should ban offensive words on television or radio. However, 34 percent feel that offensive words shouldn’t be banned; rather, broadcasters should set their own standards for respectful and appropriate language. Finally, 30 percent of U.S. adults feel that the government shouldn’t do anything; instead, individuals should self-monitor and screen for what they consider appropriate.

What do you think?!

Of course, this was a survey of Americans and I do think that we think very differently, but I also think that these words might bring up similar results in our country…
Interesting!
Kim 😉