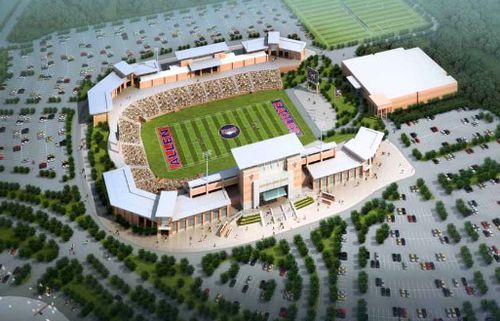 One of the main topics of conversation in the US these days is the recession and how many school boards continue to deal with the fall-out of it — school closures, massive budget cuts… Not at this Texas High School!! 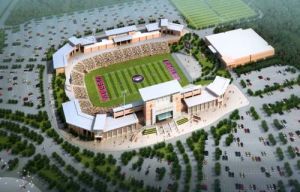 Allen High School in Texas received approval from its school board to build an 18,000-seat football stadium, with construction costs expected to reach $59.6 million. It will apparently be the fifth-largest football HIGH SCHOOL stadium in the state and will replace their current 7,000 seats stadium built in 1976.

Allen, TX resident and mother of a player Jo Hudson told USA Today, “Last year and this year, I could hardly get a seat in the stands. After you get done with the band (670 members), the cheerleaders, the extra groups, the student body (5,049 enrollment in grades 9-12, according to the state association), there’s not a lot of seats left.”

Do you really need to sit 18,000 people at a High School football game?!

Ok… Ok… I know that many Canadian Hockey League juniors are high school-aged and play in arenas seating close to 20,000, but those rinks aren’t usually built on the school board budget and I’d be surprised to hear that they cost so much…

I guess that’s Texas for you!!

3 thoughts on “Only in Texas!”