Would you buy someone’s teeth?? No matter how famous that person is, I would NOT! It’s just gross… However, looks like not everyone thinks like me as a set of dentures made for Britain’s war-time Prime Minister, Winston Churchill, sold for 24 560$ today!!!! 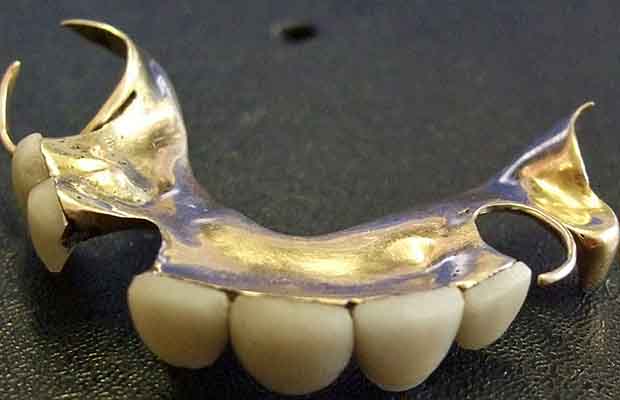 Known as “the teeth that saved the world”, the false teeth were specially designed to preserve Churchill’s natural lisp on morale-boosting radio broadcasts he made during World War II. They were being auctioned off today by the son of the man who made them… apparently, only four sets of the dentures were made. One is believed to have gone to the grave with him, another is in a London museum labelled “the teeth that saved the world” and a third was melted down. A British collector believed they were worth having and worth spending almost 25 grand on!!

Fun fact about them: Churchill used to vent his war-time frustrations by flicking the dentures out of his mouth! He would put his thumb behind the front of the teeth and just flick them! Some say they could tell how well the war effort was going by how far they went across the room and whether they hit the opposite wall!!!

My question is WHAT THE HELL DO YOU DO WITH SOMEONE ELSE’S TEETH?!?!

Would you ever buy someone else’s teeth?? If so, what would you do with them?